Judge Is Ordered to Explain Handling of Flynn Case as F.B.I. Announces Review

In the latest twists in a highly politicized case, Michael Flynn’s lawyers are trying to force a judge to end the case immediately, and the F.B.I. will weigh whether it committed misconduct. 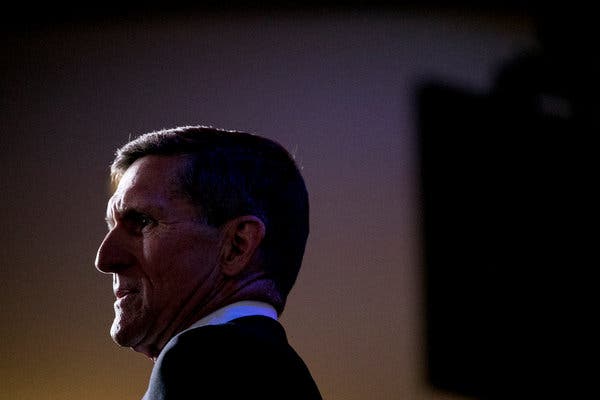 WASHINGTON — A federal appeals court panel has ordered a trial judge to explain why he is hesitating to grant the Justice Department’s request that he dismiss the criminal case against President Trump’s former national security adviser Michael T. Flynn.

The order came as the F.B.I. director, Christopher A. Wray, announced on Friday that the bureau would conduct an internal review of the investigation into Mr. Flynn, including to “determine whether any current employees engaged in misconduct” and evaluate whether the bureau should change any procedures.

The moves were the latest twists in a bizarre legal and political drama that has enveloped the prosecution of Mr. Flynn, who twice pleaded guilty to lying to F.B.I. agents in the Russia investigation about his conversations in December 2016 with the Russian ambassador to the United States.

“Everything about this case is unusual,” said David A. Sklansky, a Stanford professor of criminal law. “It’s unusual to ask a higher court to direct a lower court to do something before the lower court has had a chance to make up its own mind in the first instance — and that includes whether to dismiss a case.”

Mr. Flynn’s case has become a political cause for Mr. Trump and his supporters. This month, at Attorney General William P. Barr’s direction, the Justice Department asked the federal judge overseeing the case, Emmet G. Sullivan, to drop the matter, using as justification a disputed legal theory that Mr. Flynn’s false statements were immaterial to any legitimate investigation.

Mr. Barr had earlier intervened to seek a more lenient sentence for another Trump associate prosecuted in connection with the Russia investigation, Roger J. Stone Jr., than prosecutors had sought. In both cases, Mr. Barr’s moves prompted accusations that he was politicizing the department by showing special favor to presidential favorites.

Judge Sullivan responded to the abrupt reversal in the Flynn case by appointing a former mafia prosecutor and retired federal judge in Brooklyn, John Gleeson, to argue against the Justice Department’s new position. He also asked Mr. Gleeson to evaluate whether Mr. Flynn committed criminal contempt of court in the form of perjury, apparently because Mr. Flynn has made contradictory factual statements under oath in court, by admitting he knowingly lied and then saying he did not lie.

On Tuesday, Mr. Flynn’s defense lawyer, Sidney Powell, filed a petition with the appeals court seeking an order that would short-circuit Judge Sullivan’s review. She argued that her client had been mistreated and that the judge was legally required to drop a case if that was what the Justice Department decided to do.

Mr. Barr has made clear that he considers as illegitimate the government’s counterintelligence effort to understand the scope of Russian election interference in 2016 and any links to the Trump campaign. He has commissioned John H. Durham, the United States attorney in Connecticut, to re-examine that investigation, and in January, he assigned another prosecutor, Jeff Jensen, the U.S. attorney in St. Louis, to go over the Flynn case files.

After Mr. Jensen’s review, the department disclosed to Ms. Powell several documents she has used to portray her client as a victim. Many experts in criminal law have disputed the notion that he was treated differently in any legally meaningful sense than countless other people under investigation who lack presidential ties and receive no special lenity.

The disclosures included notes by a former senior F.B.I. official musing about whether the goal in questioning Mr. Flynn was to get him to tell the truth, or to get him to lie so he could be fired or prosecuted. It also disclosed materials showing that James B. Comey, then the F.B.I. director, violated bureaucratic etiquette by dispatching the agents to interview Mr. Flynn without going through the office of the White House counsel.

And the review also disclosed internal F.B.I. files showing that the bureau had been about to close an investigation into Mr. Flynn specifically, having not found evidence that he was a Russian asset, when the question arose about why Mr. Flynn was repeatedly lying to colleagues like Vice President Mike Pence about his conversations with the ambassador.

Because the Flynn investigation was still open as a bureaucratic matter, the F.B.I. agents used it as a basis to ask Mr. Flynn about his discussions with the ambassador. Before Mr. Barr’s intervention, the Justice Department had also portrayed the interview as separately justified by and material to its umbrella investigation into Russian election interference.

While Mr. Wray was not at the F.B.I. when agents interviewed Mr. Flynn, Mr. Trump has criticized him on and off since appointing him in 2017. Mr. Wray has been under renewed political pressure by Mr. Trump over the recent disclosures in the Flynn case, and the announcement that he has begun his own investigation, by itself, could function as a release valve.

The details of the inquiry, as described in an F.B.I. news release, appear to be limited and largely duplicative, however. The F.B.I.’s Inspection Division will conduct a review that will “complement” the review already underway by Mr. Jensen, largely using the same agents already assisting him, and his efforts will “take priority” if the two conflict.

The Inspection Division lacks the authority to impose disciplinary action against people no longer employed by the F.B.I., which covers most of the major players in the Flynn case. A few, however, including the case agent, William Barnett, and one of the agents who interviewed Mr. Flynn, Joe Pientka, are still at the bureau.

Ms. Powell’s petition to the appeals court, as has been her practice, was littered with hyperbolic language unusual for a legal document. The request for an immediate intervention initially appeared to be a long shot since Judge Sullivan has not declined to dismiss the case, but rather is conducting a review before making a decision. Mr. Barr had acknowledged in an interview with CBS News that dropping the case is not automatic and the judge “does have a say.”

But cases are randomly assigned to judges on the circuit, and Ms. Powell’s petition drew what may be an unusually favorable panel, the order on Thursday revealed.

Should the panel issue an order to Judge Sullivan that he drop the Flynn charge without further consideration, it would not necessarily be the end of the matter, according to Mr. Sklansky and another criminal law professor, Samuel W. Buell of Duke University.

For one thing, they said, Judge Sullivan is likely to appoint a lawyer to represent him before the appellate panel, and that lawyer could ask the full appeals court or the Supreme Court to reverse any order shutting down his review.

Mr. Sklansky also said it would not necessarily take a decision by Judge Sullivan to push the matter further. He pointed to a rarely invoked rule that permits the full appeals court to order a rehearing on its own, without any petition, if the judges deem the matter to involve “a question of exceptional importance.”

On the other hand, if the three-judge panel decides against issuing an order to Judge Sullivan — or is overruled by the full court — Mr. Flynn’s legal team can appeal, too.

The immediate intervention the Flynn team is seeking — called a writ of mandamus — is disfavored and is supposed to be reserved for rare occasions “when a judge is off the reservation about the law,” Mr. Buell said. The general rule is that appeals courts are supposed to wait to intervene until a case has been decided and one side appeals.

“The idea of mandamusing a judge to tell him who he is or isn’t allowed to hear from when he’s deciding an issue is ridiculous,” Mr. Buell said. “But with what’s going on in the federal judiciary right now, I’ve given up predicting what ridiculous issues will and won’t be treated as nonridiculous.” 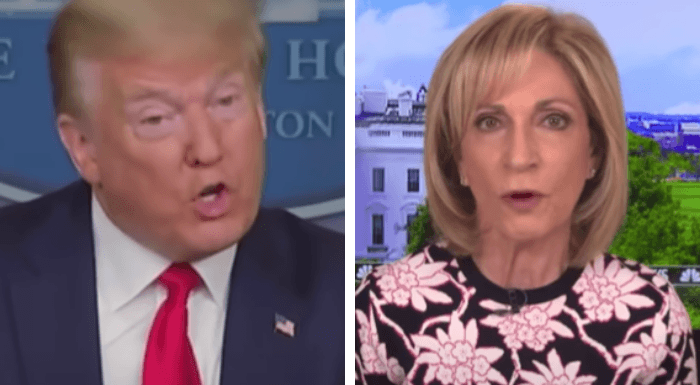 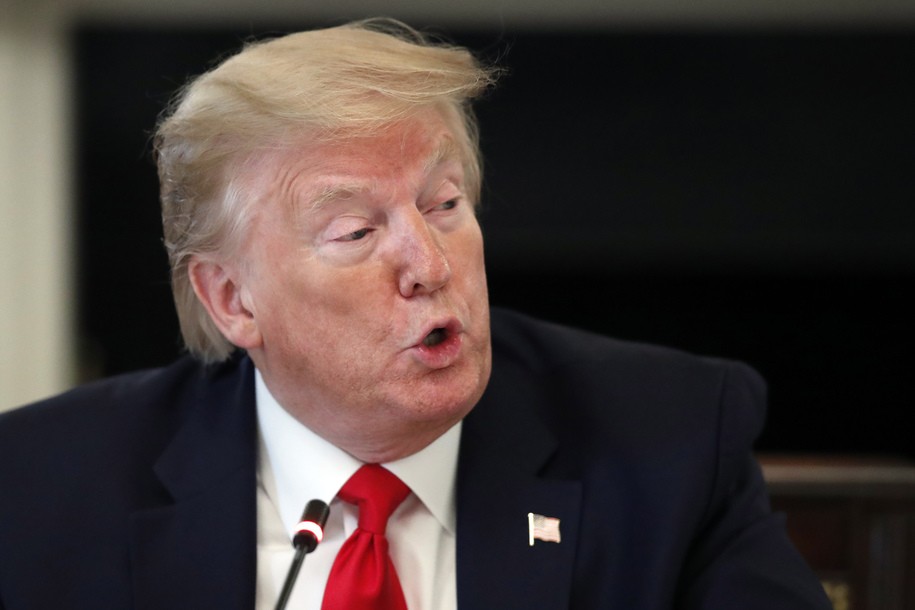 Trump's new testing plan is the same as his old plan: Dodge all responsibility, steal all the credit Apple iPhone 12 and iPhone 12 Pro: Everything we know so far